With a one-year-old in daycare, I’ve joined the club of parents who receive daily works of art by their children. I know that some of Freddie’s masterpieces will someday be fridge-worthy, but I also know that my husband’s disdain for clutter will mean that many things will make their way to the recycle bin. I have always loved student artwork. I envy their carefree approach to creating, and love the message and pride that comes with them gifting one of their pieces of art to someone special. 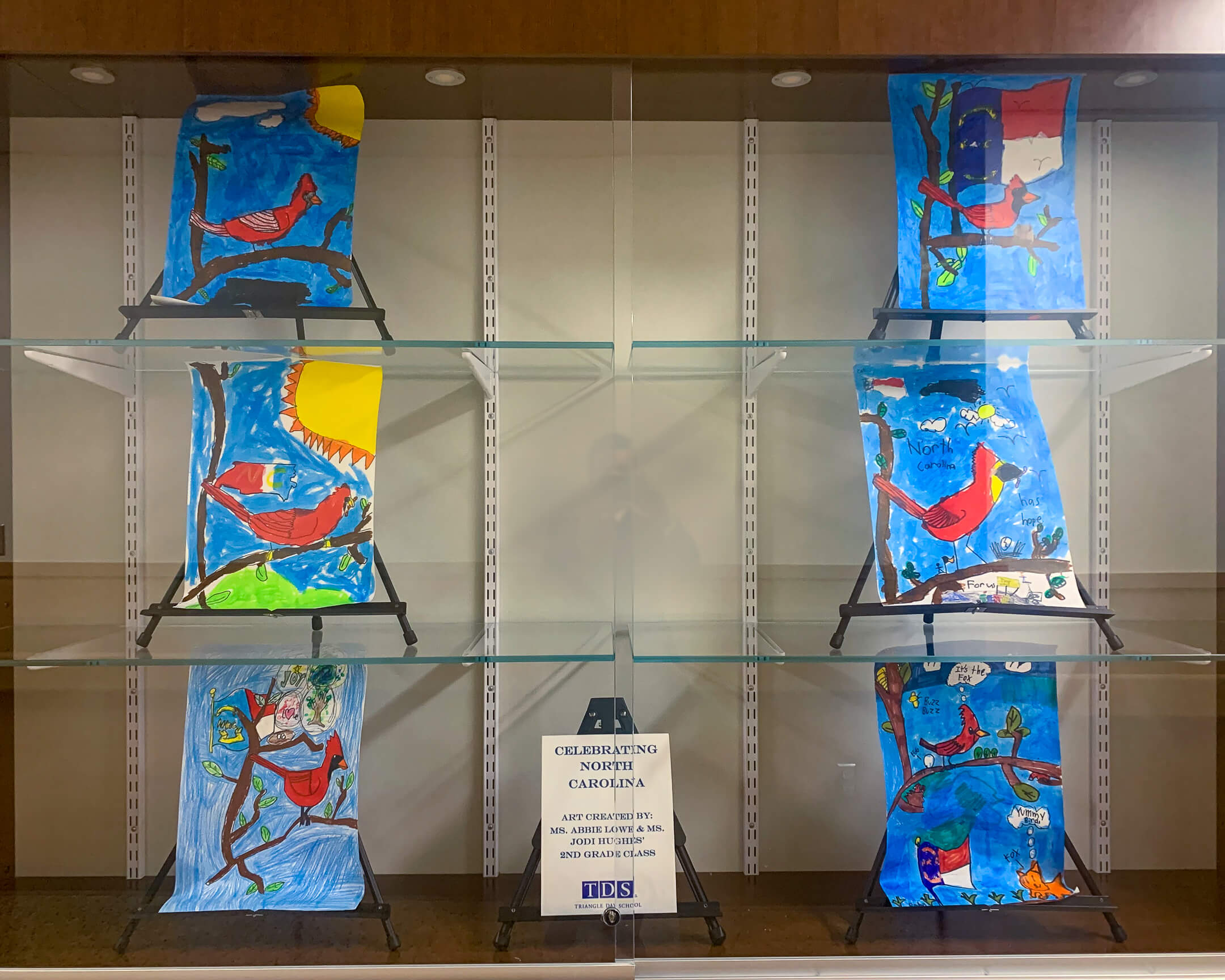 Earlier this year, Mrs. Hughes and our 2nd graders worked on crafting “North Carolina Cardinals” to donate to the Durham VA. We donated the art, were told it would be made into a display, and then life went on. Then, one day last week, we received a phone call. It turns out that an elderly veteran and his wife took time to stop and stand in front of those cardinals every time they visited. It became part of their routine whenever they were there. In his words, they would just stand, hand in hand, and admire the birds. It became such a meaningful tradition that he was calling to ask if they could make a donation in exchange for bringing a few of the pieces home with them.

It was such a poignant reminder of the community ripple effect. In planning these local service projects, we rarely get to know, see, or hear of the effect they have had on others. I highly doubt that a second grader was painting a bird last fall thinking, “I really hope this becomes special for an elderly man and his wife.” While gifts, donations, or acts of service are always intended to bring joy or comfort, we never truly know the effects that our offerings will have on others. We’ve likely heard the saying, yet we often forget that something we may have put in our recycle bin might, in fact, be another person’s treasure.

As a warm and welcoming community devoted to academic excellence, Triangle Day School ignites intellectual curiosity, fosters compassion and integrity, and nurtures creativity, inspiring confidence in each student to lead a life of purpose.